Is Dawn becoming next Geo ?

Is Dawn becoming next Geo ? 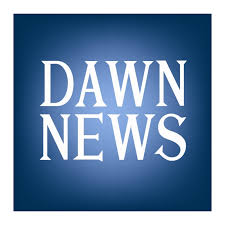 For years Jang group has been dominant force to set trends and perception, but, the recent desperate attempt to malign ISI chief after Hamid Mir was attacked brought the whole news group under tremendous public pressure and embarrassment. Now, Geo news is much more careful in their words and allegations, or perhaps for now.

If I am not wrong, Dawn news is the oldest news paper. After The news lost its credibility I started following Dawn news but, with in few months I started getting the same feeling the one I get while reading Jang group. Its not something one can explain in easy words. Its like a structured way of slowly changing the perception by giving only one side of the argument.

Dawn news mainly targets two areas, Pak (ISI) is creating trouble in India and Kashmir cause. it uses reports from western media or Indian media which are specifically designed to target army’s Image. for example, Indian boat claim was posted on dawn as exactly as Indian media reported, who were directly accusing ISI and ARMY. There was no Pak’s version. Later when the Indian drama got exposed Dawn news came up with a title like ” Indian coast guard DIG denies blowing up Pakistani boat ” . careful words for Indians reputation and careless words for PAK.

The new perception Dawn trying to create is simply that ” All problems Pak facing today is because we are not letting Kashmir cause go away” . Dawn’s editorial try to link terrorism as a result of Kashmir cause, and that we need to give up Kashmir cause. Next, it tries to link Terrorist groups to ISI and army as much as possible (Home grown problem). It posts twisted statement of Pervez Musharraf in Wall Street Journal on afghan Taliban and Government but completely ignores Indian national security advisor’s statement on using terrorist to engage Pakistan army.

even the so called independent news channels like BBC, CNN and Reuters do not report something which is against western interest, for example, America supporting extremists in serya against Asad regime. Israel using force against Palestine or supporting some ISIS groups to target Iran.

Try commenting on Dawn news comment section, you will find hundreds of indian users with real and fake names, if your comment is really challenging the argument in the report, it wont be posted. There is no institution or body in Pak which can look at the consequences of such reporting. This matter may not look as big, but, its certainly trying to create confusion between state policy and public aspirations.