Where have all Pakistan’s militants gone? 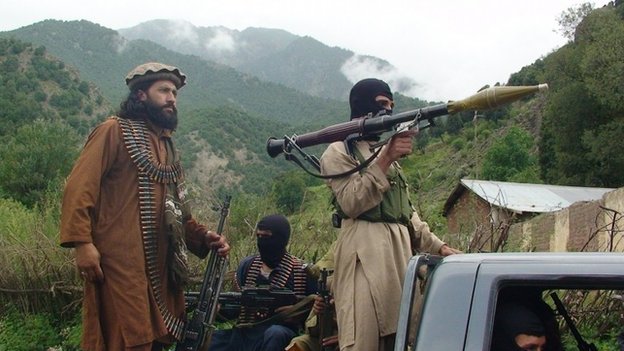 After years of reluctance, Pakistan’s infantry and special services troops have finally moved into “militant central” – Miranshah in North Waziristan.
The town has served as the joint command-and-control centre of powerful local groups and their foreign allies in the tribal region, believed to be the last major militant sanctuary in the Afghanistan-Pakistan border region.

Troops moved in from a nearby garrison early on Monday following two weeks of aerial bombardment to soften militant targets ahead of the ground offensive. Officials had ordered the evacuation of nearly half a million people from the area to deprive the militants of “human shields”.
So what have we discovered on day one of the ground offensive?

In the absence of the media, the only source of information is the military. It has reported the killing of some “militants” in a shootout, the discovery of some tunnels and a few factories that manufactured improvised explosive devices (IEDs).

But there is no word, for example, about the top- or mid-ranking leadership of the main groups that were entrenched in the area, such as the Pakistani Taliban (TTP), the Haqqani network, the many foreigners, or the three native Waziristan-based militant groups.

Recent evidence suggests that most of these groups have already left the regions around Miranshah and the other main town in North Waziristan, Mir Ali. 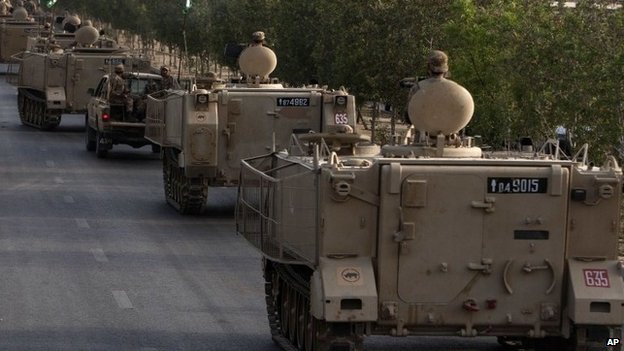 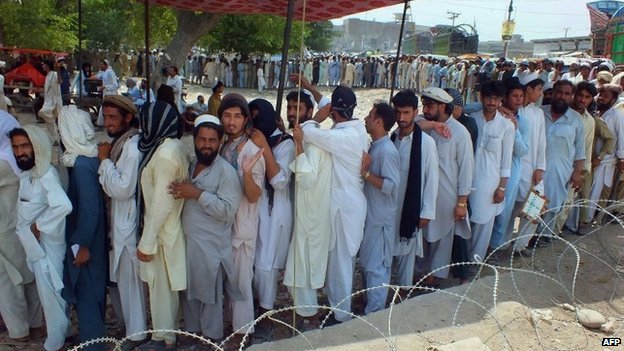 Nearly half a million people have moved out of North Waziristan 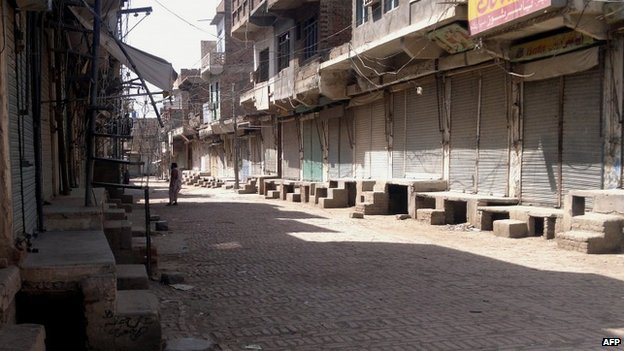 The most prominent among these are the Uzbek fighters allied to the TTP who claimed the 7 June assault on Karachi airport, and are believed by many to be one of the two major targets of the current operation, along with the TTP.

They are mostly believed to have slipped into Afghanistan’s Khost province after Pakistani troops left a section of the border unmanned for a couple of weeks prior to the operation.

Others who might have pulled off a similar disappearing act are the Haqqani network’s leaders. They have traditionally had sanctuaries in Khost as well as in Pakistan’s Kurram tribal district and, despite official denials, are known to have enjoyed freedom of movement through security checkpoints in the region.
Waziristan’s native Taliban and their Afghan allies still roam the vast Waziristan hinterland south and west of Miranshah. They are armed and mobile.

But their leaders – Hafiz Gul Bahadur, Bahawal Khan (alias Salahuddin Ayubi, who heads the group once led by Mullah Nazir), and Khan Said Sajna of the Mehsud faction (which has split from the TTP leadership) – have voiced no opposition to the Pakistani assault.

The Pakistani authorities, too, have not hinted that they might want to control all of this land, although they did carry out some air raids in the area possibly to hit some remnants of the TTP.

There are also no boots on the ground in the Wana region of neighbouring South Waziristan, which is part of the extended Waziristan sanctuary.
So, the overall picture is one of a military ground assault which is taking place at a time when most of the apparent “adversaries” have disappeared from the scene.

Many of them are reported to have crossed into Afghanistan and may play a potentially destabilising role there once all Nato combat troops leave by the end of the year.

For many analysts this was not entirely unexpected.

Pakistan has long been accused by its critics of trying to control Afghanistan so as to prevent its arch-rival India from using that country to open up a “second front” against Pakistan.

Pakistan has been widely accused of using militant groups as proxies to control Afghanistan and destabilise India.

But since many Islamist militants now consider Pakistan itself to be a legitimate target, analysts say Pakistan may not want the Taliban to be ascendant in post-Nato Afghanistan.

They say for Pakistan, the current operation is more about pushing the militants into Afghanistan or scattering them across the countryside instead of outright eliminating them. They believe Pakistan may still need some of these groups as leverage in Afghanistan to check Indian influence.

So Pakistan’s main objective at the moment appears to be to secure its border against a possible reverse flow of hostile groups from post-Nato Afghanistan.
But it is also trying to keep its options open – what it plans to do about those left on its soil remains to be seen.