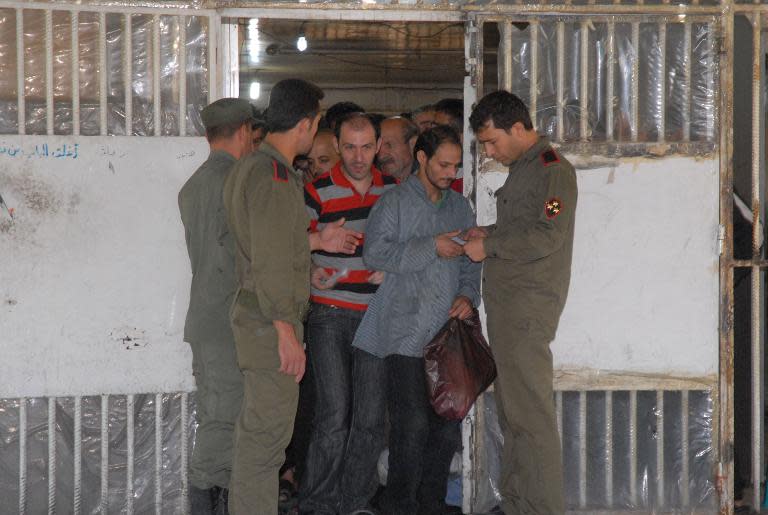 Beirut (AFP) – Syria has freed after 21 years in jail an ex-horse rider known to have been an equestrian rival of one of President Bashar al-Assad’s late brothers, reports said Sunday.

The release of Adnan Qassar is part of a wide-reaching amnesty that Assad decreed last week, and has seen some 1,500 people freed from the war-ravaged country’s prisons, said the Syrian Observatory for Human Rights.

“In 1993, Adnan Qassar was one of the top horse riders in Syria and the Arab world. He won a horse race against Bassel al-Assad,” who at the time was being groomed for the presidency, said Observatory director Rami Abdel Rahman.

“Qassar was thrown in Saydnaya jail (near Damascus) for his ‘crime’,” said Abdel Rahman.

Aks Alser, a Syrian opposition activist website, also reported Qassar’s release, and said he had been accused of “possessing explosives, and of trying to assassinate Bassel al-Assad.”

Qassar was jailed “without trial,” it added.

A year later when Bassel al-Assad died in a traffic accident, “Qassar was dragged out of his cell to a public square, beaten and then thrown back in jail. It took them 21 years to release him”, said Abdel Rahman.

The Assad clan has ruled Syria with an iron fist for more than 40 years.
“Qassar was not a political activist. But in Syria, no one is allowed to be better at anything than the Assads,” Abdel Rahman said.
Qassar was set free as part of a wide-reaching general amnesty that President Assad decreed last week.

So far, some 1,500 people have been set free from jails across the country, most of them from Damascus, according to the Observatory.
The amnesty is unprecedented because it pledges pardon and reduce sentences for people jailed under Syria’s controversial 2012 anti-terror law, which has seen tens of thousands of people jailed over political charges.

The regime has systematically branded armed and unarmed dissidents, including journalists, of being “foreign-backed terrorists”.

“Some of those released so far are prisoners of conscience, others were in jail over criminal charges,” Abdel Rahman said.

The number of those released so far pales in comparison to the estimated total of 100,000 people imprisoned, including some 50,000 held in security buildings dotted across the country.